The TAG Heuer Buying Guide: Models, Prices & Everything Else You Need to Know

Everything you need to know when buying a TAG Heuer watch, from models to prices. 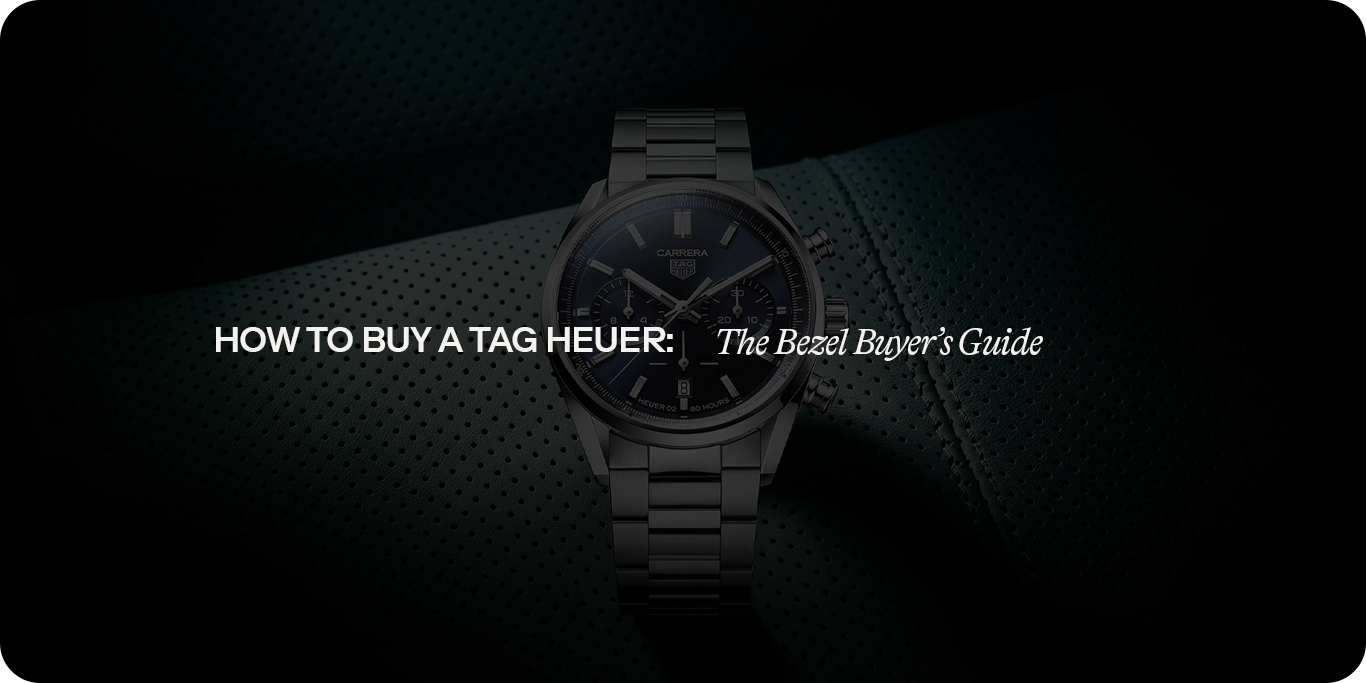 Everyone’s got that one watch they’ve always coveted, and for many inspired by motorsports, that watch is a TAG Heuer. Seen throughout history on the wrists of Formula 1’s most celebrated names and Hollywood icons of the highest caliber, it’s hard to avoid the undeniable allure of the brand’s watches. But with so many models to choose from, narrowing down which is right for you can get tricky. To help, we’ve put together this guide to everything you need to know when buying a TAG Heuer watch of your own.

Should You Buy a Modern or Vintage TAG Heuer?

Since the earliest days of the brand, TAG Heuer has been committed to high-brow mechanical innovations, expanding what a watch can do while also simplifying the watch ownership experience. This reputation for mechanical excellence began in 1869 with Edouard Heuer’s patenting of the crown-operated, keyless winding system, a massively important design that’s now found in most modern watches. A century later in 1969, Heuer changed the game again with the development of the now legendary Caliber 11 “Chronomatic,” the world’s first self-winding chronograph movement. This spirit of innovation continues to this day through the production of advanced complications, including but not limited to flying tourbillon chronographs.

Like other manufacturers of Swiss mechanical watches, Heuer struggled throughout the “Quartz Crisis” brought on by the introduction of battery-powered wristwatches. As a result, the Heuer brand was sold in 1985 to Techniques d’Avant Garde, a motorsports-focused holding company better known as TAG. Following the sale, Heuer was reinvented and reintroduced as TAG Heuer, addressing a broader market and more diverse group of watch collectors. Though nearly four decades have passed since the watchmaker’s reinvention, TAG Heuer continues to push the envelope and release the unexpected, all while still respecting the brand’s heritage.

TAG Heuer is more closely associated with motorsports than any other watch manufacturer, with countless references visibly inspired by racing. Just about anyone who’s anyone in the history of motor racing has worn a Heuer chronograph at some point, including Jochen Rindt, Jo Siffert, Niki Lauda, Dan Gurney, among others. The watchmaker has also historically produced advanced timing systems for Formula 1 events.

Should You Buy a Modern or Vintage TAG Heuer?

If you’ve decided that a TAG Heuer is what you want, the next step is making a decision between vintage or modern. While there’s no wrong answer here — owning and wearing a vintage watch can be drastically different than owning and wearing a modern reference, given how vintage Heuer watches will usually show their age, and tend to be a little less durable than their modern counterparts. This is in no way due to poor quality or shoddy craftsmanship, but instead the result of both the passage of time, and available technology at the time of manufacturing. This means that unless a water and moisture resistance focused overhaul is performed, swimming with your watch will likely be a no go.

Having said that, vintage Heuer watches offer up something the modern references cannot: unique patina and charm. Though many watch manufacturers, including TAG Heuer, have introduced heritage-inspired watches in recent years, vintage watches will always be able to fill a void in your collection in ways a modern watch can’t, and vice versa.