Referred to by many as the GOAT (the greatest of all time), few have lived as large and made an impact on pop culture as significant as the legendary basketball player and businessman. Unsurprisingly, his watch collection is pretty incredible, too. 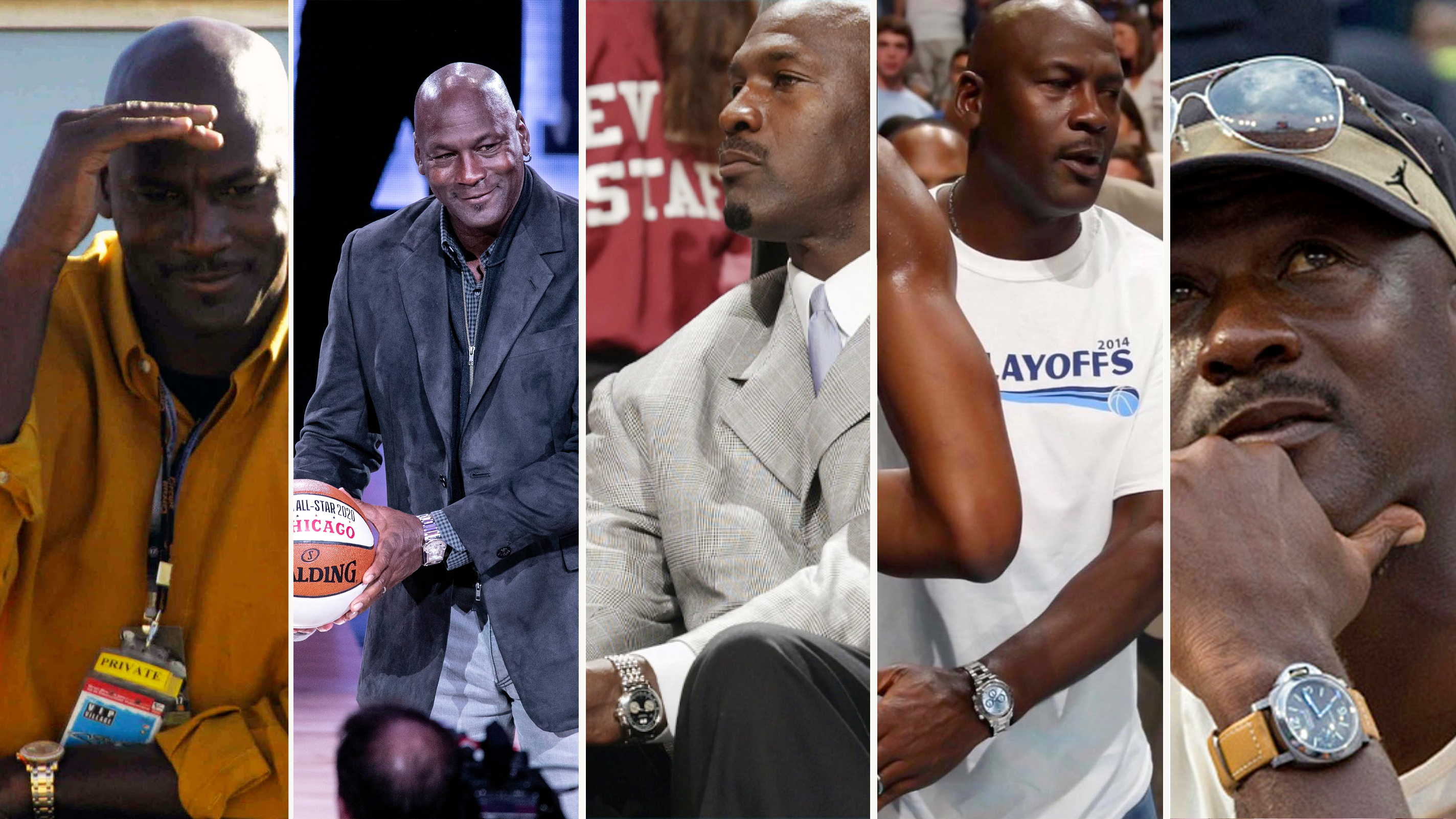 As one of the most successful athletes of all time, Michael Jordan has seen no shortage of praise over the years. Referred to by many as the GOAT (the greatest of all time), few have lived as large and made an impact on pop culture as significant as the legendary basketball player and businessman. Unsurprisingly, his watch collection is pretty incredible, too.

Reflecting a serious interest in horology and dedication to collecting, His Airness’ stable is full of true top shelf watches from some of the most respected names in the industry. Join us as we take a closer look.

Universally regarded as one of the most sophisticated and well-finished chronographs ever made, the inclusion of an A. Lange & Söhne Datograph in Michael Jordan’s collection speaks to his considered passion for watches, as well as his love of the finer things in life. A true connoisseur’s piece, the Datograph’s caliber L951.1 movement has famously been described as being the best serially made chronograph in existence by legendary independent watchmaker Philippe Dufour. Rather fitting for the GOAT, no?

Though no Datograph could really be described as being “ordinary,” Jordan’s particular example is a special one. Featuring a platinum case and a matching platinum bracelet,  the reference 453.135 represents one of the most opulent executions of the Datograph to date, albeit in a stealthy, understated form, as is customary of A. Lange & Söhne.

When it comes to sports chronographs, it’s tough to beat the Rolex Daytona. Enjoying a near six-decade-long history, the iconic brand’s most sought after model has been refined to the nth degree over the years, resulting in the current range of cutting edge references, available in a wide range of configurations as per usual. Like his Datograph, Michael Jordan’s Daytona is also platinum, and corresponds with the reference number 116506-0001.

Originally produced in celebration of the Daytona’s 50th anniversary in 2013, the chocolate brown Cerachrom bezel fitted reference is seen by many as a true grail of Daytona collecting. With a light blue dial, the watch is tasteful and fairly demure for a sports chronograph executed in platinum with a platinum bracelet. It’s safe to say that Michael Jordan is certainly no stranger to heavy watches.

No stranger to the realm of avant-garde haute horology, Michael Jordan has been spotted wearing watches by Urwerk on a number of occasions. Known best for their futuristic designs, Jordan has owned at least five of the brand’s watches, though few are more striking than his UR-202S in stainless steel with a matching steel bracelet. Given how frequently Urwerk works with unconventional materials and advanced straps, this model’s execution in a conventional material with a matching bracelet yields a decidedly unusual Urwerk.

Displaying the time with the sort of spectacle collectors have come to expect from Urwerk, the UR-202S uses a patented system of three satellite indicators which rotate to reveal the hour. Simultaneously, these satellites trace an hour’s worth of minutes on a track at the bottom of the watch, and display the moonphase. Limited by the independent watchmaker to just 50 pieces in total for the entire world, Michael Jordan is lucky to own one of these rare and unique Urwerk watches.

While on the topic of avant-garde watches, MJ’s collection wouldn’t be complete without something from Richard Mille. Known for adorning the wrists of several top names in sports, the brand’s bold designs make it hard for their watches to go unnoticed, and Jordan’s is arguably one of the boldest Richard Mille makes. Not the usual tonneau-shaped fare, but instead a round RM032 in rose gold.

Measuring 50 mm across, and nearly 18 mm thick, it’s nothing if not a large watch, but Jordan’s Jordan-esque stature allows him to pull it off with ease. The former professional basketball player was likely drawn to this Richard Mille due to the unusual nature of how it combines a finely tuned flyback chronograph with a 300 meter depth rating – a combo generally not often seen in watchmaking.

That’s right, Air Jordan has a Sky Dweller, and it's even in UNC-spec. This blue dial Sky Dweller in stainless steel is one of the most sought after variants produced by Rolex to date, pairing the brand’s most daring mechanical efforts with the Rolex mainstay that is the rugged Oyster case in stainless steel.

With an annual calendar complication and second time zone function, it’s definitely one of the more complicated pieces in the current Rolex catalog, and a fitting addition to Jordan’s already impressive roster of watches.