Best known for portraying Spider-Man in the incredibly successful Marvel movie franchise, English actor Tom Holland is currently one of the world’s most famous and popular celebrities. 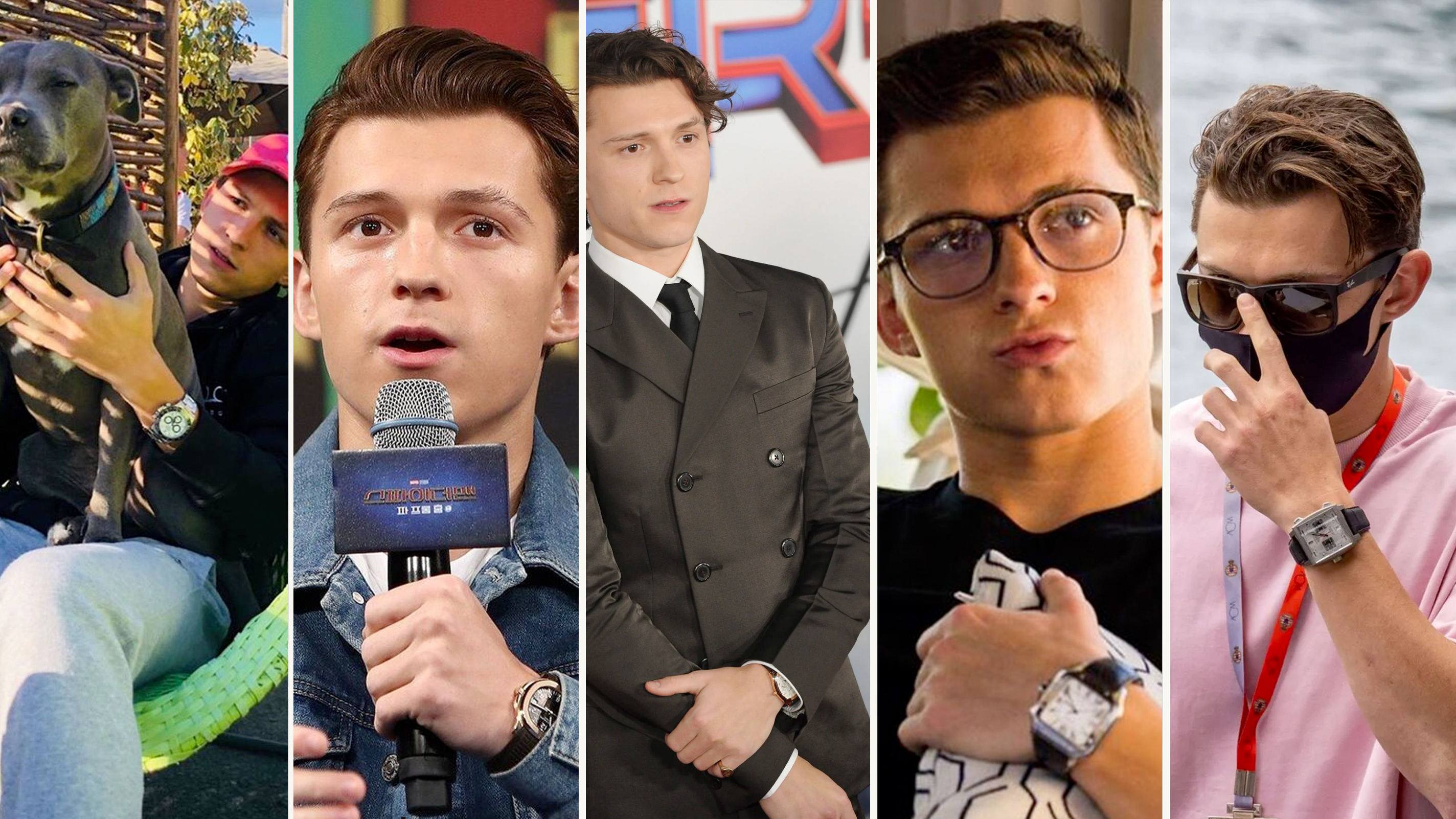 Best known for portraying Spider-Man in the incredibly successful Marvel movie franchise, English actor Tom Holland is currently one of the world’s most famous and popular celebrities. His list of accolades include a BAFTA Rising Star Award, a spot on the Forbes 30 Under 30 Europe List, and even a Guinness World Record for being the youngest actor to ever play a title role in the Marvel Cinematic Universe. However, in addition to all of the fame and success, Tom Holland also has a truly impressive collection of luxury watches. Today, we’re taking a quick look at a few of our favorites from Tom’s collection.

As you might expect, the classic stainless steel Aquanaut reference 5167A is part of Tom Holland’s watch collection, but he also owns the reference 5167R, which is the 18k rose gold version of the same watch which swaps black for chocolate brown on its dial and strap. While both of these models feature the collection’s standard 40.8 mm case size, Tom Holland also owns the “Jumbo” Aquanaut reference 5168G, which features a larger 42.2 mm case crafted from solid 18k white gold, that’s paired with a blue dial and matching rubber strap.

The Rolex Daytona 116500LN is one of the world’s most in-demand luxury watches, and it has been completely sold-out at retailers ever since it first made an appearance in 2016. The stainless steel Daytona reference 116500LN has become a must-have item for A-listers that love watches, and it comes as no surprise that Tom Holland owns one in his personal collection.

The Rolex Daytona reference 116500LN is currently available with the option of either a white or black dial, but it’s the fan-favorite white dial version that can often be spotted on Tom Holland’s wrist. Fitted with a black ceramic bezel and Rolex’s in-house Caliber 4130 chronograph movement, the Daytona 116500LN is a highly capable sports watch, and the young Marvel actor tends to frequently pair his with athletic or casual attire.

With the number of red carpet events that Tom Holland attends each year, you can guarantee that he owns at least a few elegant dress watches. Easily among the most impressive and a standout within his personal collection is the Patek Philippe Perpetual Calendar reference 5940R, which he wore to the world premiere of Spider-Man: No Way Home.

Crafted from 18k rose gold and powered by the ultra-thin Caliber 240 Q movement, the Patek Philippe reference 5940R is part of the brand’s Grand Complications series, and it represents a fantastic example of the manufacturer’s ability to produce elegant and highly-complicated wristwatches. Just like the various Aquanaut models in his collection, the Patek Philippe Perpetual Calendar reference 5940 features a non-traditional “TV” shaped case – befitting for an actor – and it seems this is a trait that Tom Holland favors on many of his luxury timepieces.