FYI: Everything You Always Wanted to Know About Authenticating Watches* (*But Were Afraid to Ask)

With fake watches getting more and more accurate with the passing of each and every day, it’s important to purchase watches from trusted sources like Bezel, that enlist trained experts to authenticate watches before a sale is transacted. 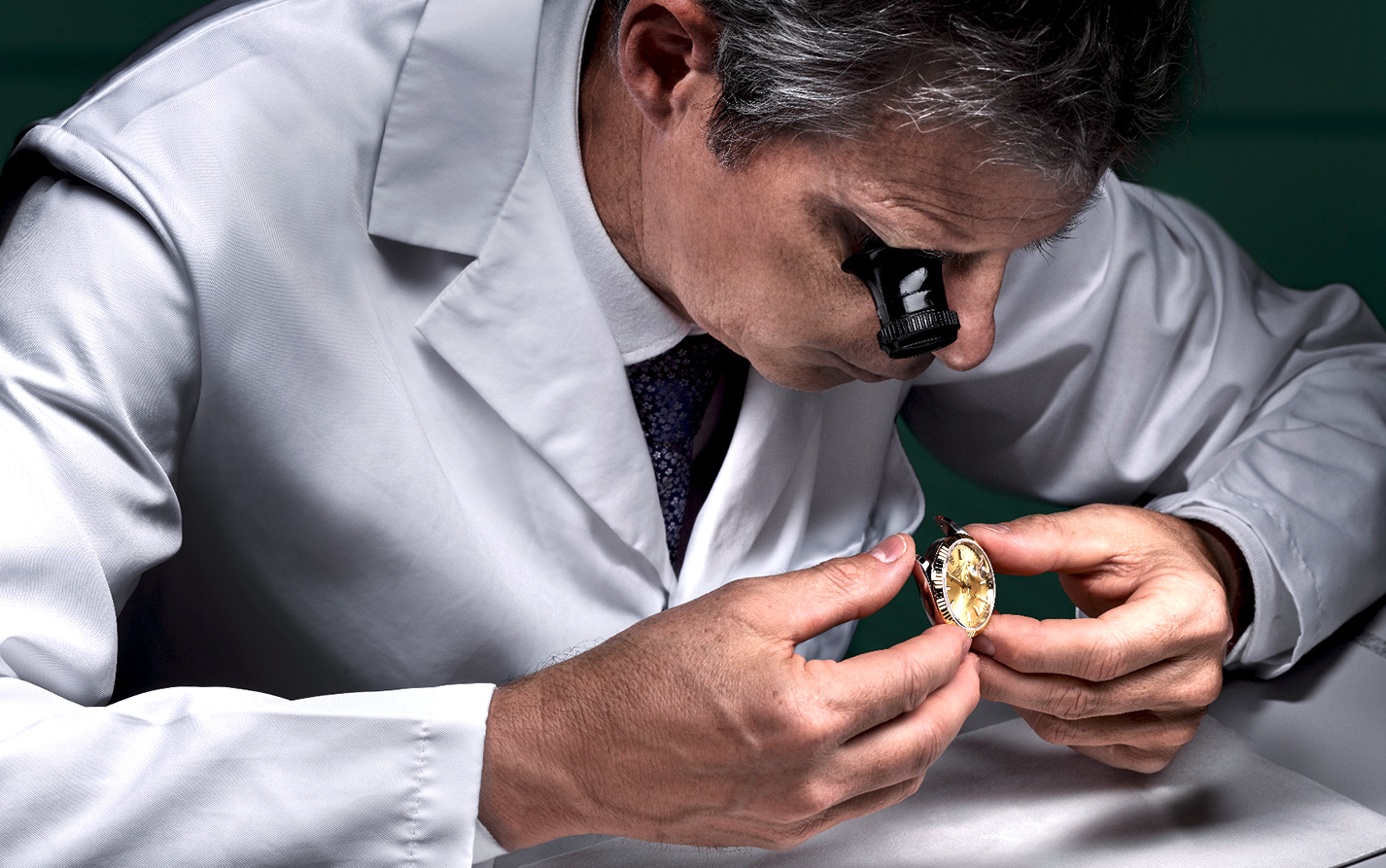 Everyone wants to flex the watch of their dreams, but at the high prices most command, not everyone can afford to swing it. As a result, some will turn to unauthorized counterfeiters who manufacture fakes of the market’s hottest watches, which in turn poses a massive threat to those looking to purchase an authentic timepiece. With fake watches getting more and more accurate with the passing of each and every day, it’s important to purchase watches from trusted sources like Bezel, that enlist trained experts to authenticate watches before a sale is transacted.

If you’ve ever wondered how fake watches differ from their authentic counterparts, crucial components and details to check before buying any watch, or how luxury brands are reassessing their production practices in an attempt to combat counterfeiters, this one’s for you.

As luxury watches have become more popular, the demand for fake watches has also increased, resulting in their production becoming more sophisticated, though still nowhere near matching the quality of authentic watches. As a result, Swiss watch manufacturers have begun to incorporate counterfeit combating design details into their watches, so as to distinguish authentic pieces from those designed to fool the uninformed.

For example, Rolex finishes their sapphire crystals with a near microscopic laser etching of the brand’s coronet logo near the six o’clock position in an attempt to aid experts in spotting fakes. For a short while, this trait was indeed hard for counterfeiters to replicate, making it easy to spot counterfeits. But with time, the black market caught on, adding this same minuscule etching to their watch crystals. Though this detail is now seen on some fake Rolex watches, like other replicated design details, its execution has never been perfected, allowing trained experts to differentiate between counterfeits and authentic watches.

All watch brands use their own complex systems of assigning and engraving watches with unique serial numbers for several reasons. Most notably, it allows the manufacturer to internally track their own production, which can later be cross referenced along with other details to confirm that the watch bearing that number is indeed that watch, and not a mere copy. Similarly, specific serial number ranges will be synonymous with specific design traits, allowing authenticators with an expansive knowledge of a brand’s production the opportunity to spot a fake without consulting the brand directly.

Model reference numbers also play a significant role in authenticating watches, as sometimes even the best of fakes will be lazily engraved with an incorrect reference number. Spotting that is a sure way to tell you’ve got a counterfeit watches on your hands, without a shred of a doubt.

Fine craftsmanship making use of high end materials naturally equates to an undeniable feeling of quality on the wrist. This is why so many luxury watches are characterized by their heft and material substance, which just can’t be matched by haphazardly produced, corner-cutting fakes. This idea is best demonstrated by counterfeit versions of gold and precious metal watches, produced using plated stainless steel cases instead of solid precious metals, mimicking appearance but not feel. If you’ve ever held anything made using solid gold or platinum in the hand, you’ll know that weighty, dense feeling, which is tough to confuse for stainless steel.

Fake versions of stainless steel watches also tend to have a less substantial, tinny feel on the wrist in comparison to their authentic counterparts. This is because counterfeit watches are made with lesser alloys of stainless steel than those employed by top tier watch brands. The moral of the story here is simply that you get what you pay for, which should come as no surprise when comparing counterfeits to the real deal.

There’s a reason why most watch authenticators will begin their inspection of a watch by removing its caseback. That’s because one of the single hardest components to fully replicate to the point of appearing identical is a piece’s movement, the single most important component of any watch, requiring the greatest amount of research and development to design and execute at a high level.

In that counterfeiters focus their efforts on the external appearance of their watches, movements are usually an afterthought, with most fakes making use of low quality off the shelf movements in place of over engineered in house calibers. This explains why counterfeiters generally produce less complicated watches like time only pieces and chronographs, as opposed to perpetual calendars and chiming watches that require a great deal of watchmaking expertise and resources to manufacture.

Having said that, counterfeiters still do their best to mimic the appearance of movements, namely through the production of custom bridges, rotors, and other movement components which appear similar to those found inside authentic watches. It’s for this reason that a movement must be inspected by an expert in horology, as while you might be quick to deem it authentic after spotting similar components to those you’ve seen in the authentic caliber, a trained eye will be able to spot minute inconsistencies that can make or break your next watch purchase.

Once again, top quality doesn’t come cheap, which is clearly visible to a trained eye upon inspection of fraudulent fakes. Unlike Swiss watch manufacturers which continually work towards the pursuit of absolute perfection in production, counterfeiters are less painstaking in their approach to production, resulting in sloppy mistakes, most often made in the printing of dials, and color matching components.

It’s for this reason that many fakes will feature dial text that’s ever so slightly off in comparison to their genuine equivalents. These misses range from the more obvious to near indiscernible, taking the form of incorrect typefaces, spelling errors, incorrect use of serifs, missing lines of text, and more.