The Cartier Buying Guide: Models, Prices & Everything Else You Need to Know

Everything you need to know when buying a Cartier watch, from models to prices. 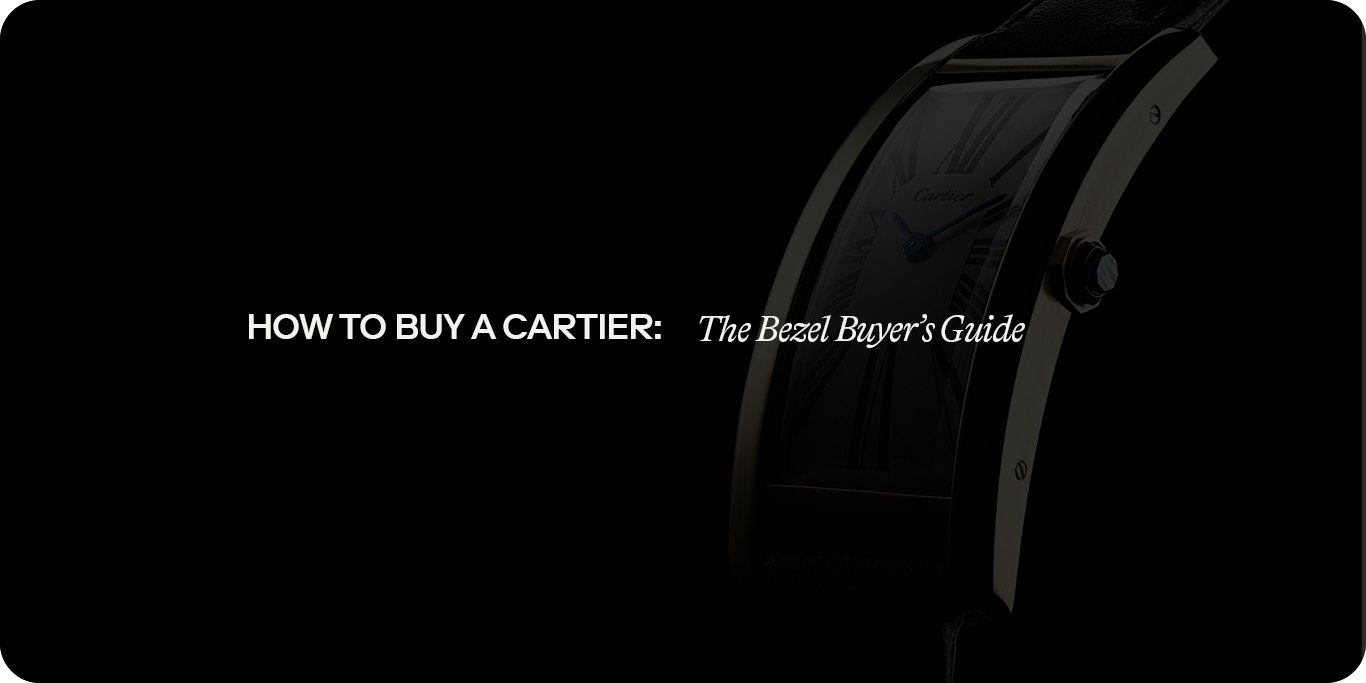 Cartier isn’t just one of the best-known names in watches and jewelry, it’s also one of the biggest players in the luxury market as a whole — meaning, when it comes to buying a Cartier watch, you can expect both a high-quality product and high-quality ownership experience. On top of their timeless and elegant designs, these watches are known for being incredibly reliable, generally requiring little more than routine servicing.

Still, buying your first Cartier watch (or even your next) can be a tough decision. With so many different models to choose from, a little guidance definitely goes a long way. To help you narrow it down, we’ve put together this guide to all the crucial things you need to know before purchasing a Cartier watch.

What Makes a Cartier a Cartier?

Should You Buy a Modern or Vintage Cartier?

Cartier’s history dates back to 1847, when Louis-François Cartier founded the brand in Paris. Over the course of nearly two centuries, Cartier has positioned itself as one of the world’s most prestigious designers and manufacturers of jewelry, evolving to include luxury watches after the turn of the century.

In the time since the brand’s earliest attempts at watchmaking, there’s been no shortage of iconic designs, each adhering to the brand’s signature design language of old world sophistication, now recognizable from a single glance. Like other top tier watchmakers, Cartier’s current collections consist mostly of historic designs innovated upon over the decades.

Over the years, Cartier has proven its serious watchmaking chops, producing a number of different skeletonized watches, along with watches equipped with exciting complications, like the more recent Rotonde collection. This all amounts to a sense of reliability in Cartier’s specific brand of luxury. Regardless of which Cartier watch you add to your collection, it’s sure to have both iconic design traits, a high grade movement, and the brand’s signature, traditionally sophisticated style.

What Makes a Cartier a Cartier?

By the time Cartier entered the watchmaking space around the turn of the century, the brand had already established itself as one of the world’s most respected jewelers. Naturally, Louis Cartier’s adventures in watches had to begin with a similarly impressive first effort, producing what’s considered the world's very first men’s wristwatch in 1904, for Brazilian aeronautical pioneer Alberto Santos-Dumont. After kicking things off in the most monumental way imaginable, Cartier went on to produce countless important designs, including the Tank, Ronde, and Santos among others.

The Jeweler of Kings and the King of Jewelers

Few brands have enjoyed a clientele as star-studded and high-profile as that of Cartier’s over the centuries. Beyond just modern day celebs, Cartier has historically been commissioned by countless royal families across the world to produce both jewelry and watches, so much so that the brand was once described by King Edward VII of England as “the jeweler of kings and the king of jewelers.” If that endorsement alone wasn’t enough, consider that Cartier has supplied Indian Maharajas and the Spanish Royal family, along with countless others throughout the brand’s history.

There’s a particularly classy feel to a Cartier on the wrist – an immaculate vibe, if you will. This inherent feeling of lavishness is thanks to the watchmaker’s timeless design language, defined by black Roman numerals on silvered, white guilloché dials with blued steel hands. These design traits now serve as the industry-wide blueprint for a versatile and discernibly more upscale watch (compared to a tool watch like the Rolex Submariner, for example).

Several of Cartier’s watches have become pop culture icons in their own right, each with their own devoted followings of collectors - from the Santos, to the countless iterations of the Tank, to the drool-worthy Crash.

Should You Buy a Modern or Vintage Cartier?

Whether you ultimately decide to buy a vintage or modern Cartier, the good news is, you’re buying something that’s both timeless and elegant, with a pretty good likelihood of one day becoming a family heirloom (you’re welcome, future generations!) That said, you’re going to have to approach both wearing and owning a vintage Cartier quite differently than you would a modern reference. Cartier’s earlier watches are far less waterproof and durable across the board, requiring more care and consideration on the wrist than their modern counterparts. This means you’ll want to avoid taking a vintage Cartier Crash swimming, or wearing a vintage Cartier Tank to the gym. In those cases, you’d be better off opting for a modern Cartier, like the latest Santos models, boasting water resistance ratings of 100m. If you are, however, looking for something just for special occasions, then you might just be cut out for vintage Cartier collecting.