The Patek Philippe Buying Guide: Models, Prices & Everything Else You Need to Know

Everything you need to know when buying a Patek Philippe watch, from models to prices. 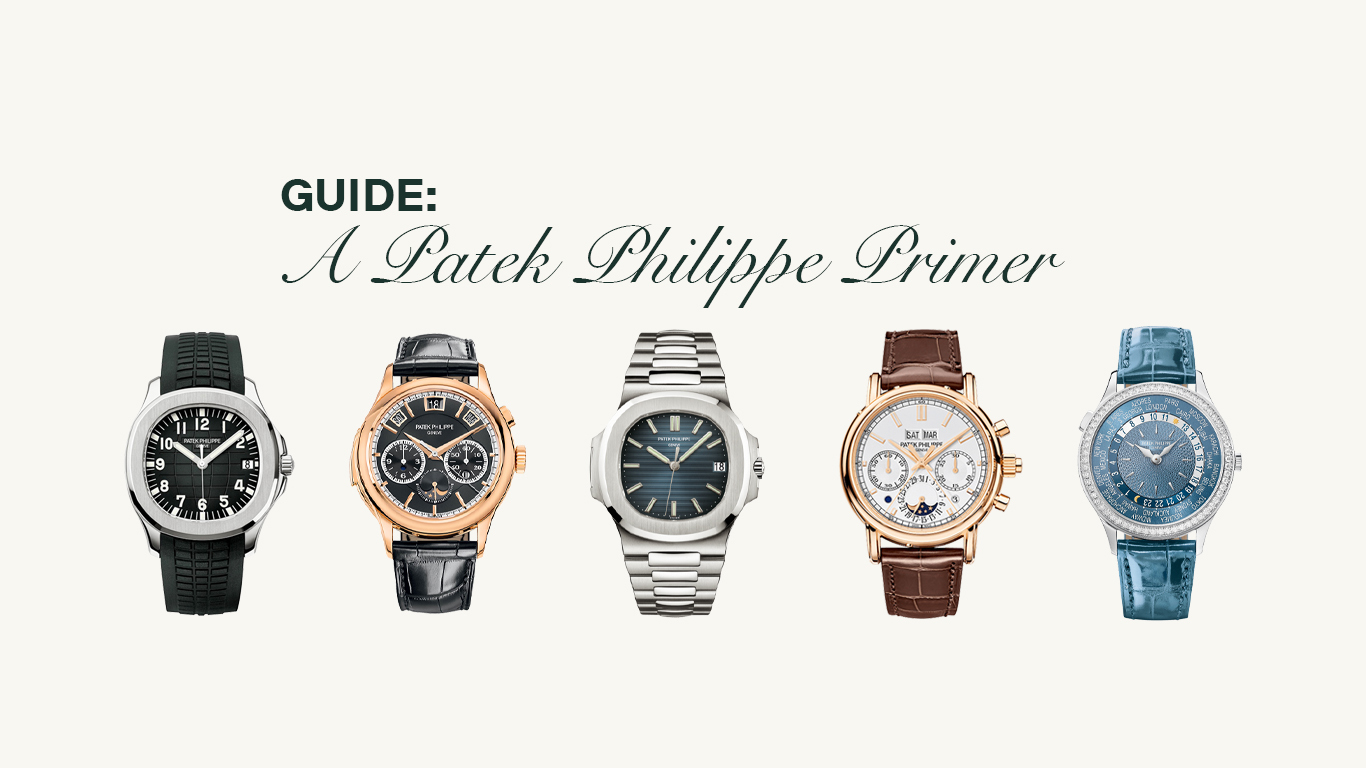 Since its founding in 1839, Patek Philippe has been at the forefront of the industry, always pushing the envelope of watchmaking with game-changing mechanical developments and timeless, tasteful designs. Given that the storied watchmaker exists in a somewhat rarefied air, buying your first Patek Philippe can feel a little intimidating, even if you’re a seasoned collector. But it doesn't have to be! Whether you’re stepping up to a new level of watch-collecting, or jumping straight to the top, we’re here to help with our best tips, tricks, and insider knowledge for buying a Patek Philippe.

‍Should You Buy a Modern or Vintage Patek Philippe?

The Patek Philippe story begins with Antoine Norbert de Patek, a former Polish soldier, who first went into business with watchmaker François Czapek in 1839. Later, Patek began collaborating with another innovative watchmaker, Adrien de Philippe, and together, they registered the name Patek, Philippe & Cie. in 1851, kicking off watchmaking’s most storied partnership.

Over the years, Patek Philippe watches have been seen on everyone from Queen Elizabeth II, Princess Diana, and John F. Kennedy, to Paul McCartney, Andy Warhol, and Albert Einstein. With a laundry list of inventions, patents, and achievements to their name, it’s hard not to be tempted by a Patek.

There’s no doubt that Rolex is the first name that comes to mind when most people think of luxury watches, but if you ask around, the majority of collectors and watch specialists will agree that Patek Philippe is the ultimate name in traditional Swiss watchmaking.

Inextricable from the history of watchmaking as a whole, Patek Philippe has been patenting groundbreaking designs since the 1800s, including the first pocket watches that didn’t require a key to wind the movement or set the time, plus the first Swiss wristwatch, which Patek Philippe made for Countess Koscowicz of Hungary in 1868.

From patenting the perpetual calendar, to producing some of the earliest complicated watches for women, Patek Philippe has been advancing the entirety of watchmaking for literal centuries. Real heads will know, the brand is universally regarded as being among the upper echelon of “Holy Trinity” watchmakers.

While some brands vie for greater market share with bold designs, serving future-leaning, mechanical alien life-form for the wrist, Patek Philippe has consistently stuck to a tasteful, conservative approach to design. The brand's watches have an effortless elegance about them, not necessarily demanding attention, but still visibly special.

Early references from Patek Philippe have historically either held or significantly appreciated since their rollouts way back when. The same can also be said of several modern references, confirming that collectors and investors see Patek Philippe watches as not only works of mechanical art, but also reliable stores of value.

In 1996, Patek Philippe made history with what is, without question, their most iconic marketing campaign to date. The now-legendary ads read: “You never actually own a Patek Philippe, you merely look after it for the next generation,” suggesting that their watches were set to become a family heirloom upon purchase. Bold claim, but if anyone is capable of living up to it, it’s Patek Philippe.

Should You Buy a Modern or Vintage Patek Philippe?

Whether you end up choosing a vintage or modern Patek Philippe, the good news is, you’re purchasing one of the best watches money can buy. That said, vintage Patek Philippe is a totally different animal than modern Patek Philippe, and while both are impossibly high quality and carry the legacy of what is arguably watchmaking’s most important name, their ownership experiences are drastically different-looking. That’s because earlier watches from Patek Philippe are generally more fragile than modern references, not to mention, they have high values, which can be significantly impacted by even minor damage.

All this to say, vintage pieces from the brand require you to approach actual wear with a little extra care. No, you won’t break a perpetual calendar from the ‘60s by staring at it for too long and in turn lose your house…but you can’t exactly treat it as you would a Rolex sports watch, for example. If you’re after a watch you can wear every day with a slightly more carefree attitude, a modern Patek Philippe is going to be your best bet.