The Omega Buying Guide: Models, Prices & Everything Else You Need to Know

Everything you need to know about buying an Omega watch, from models to prices. 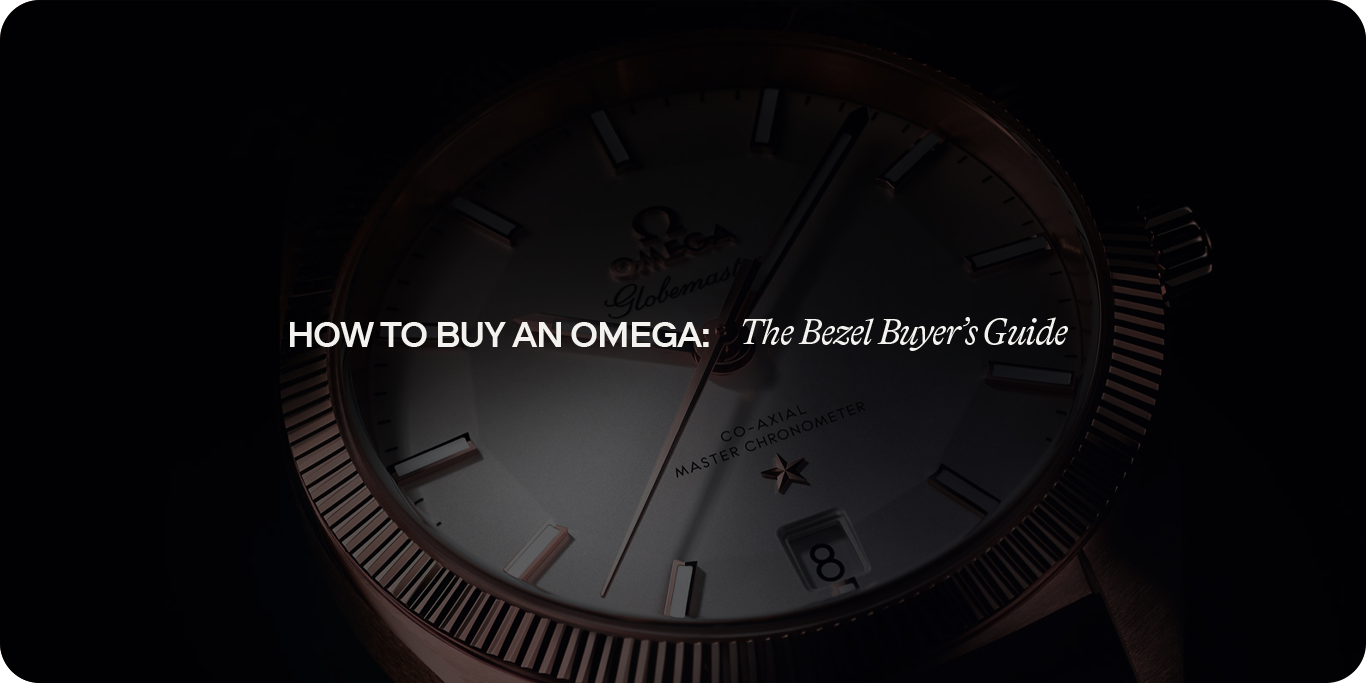 From being the Official Timekeeper of the Olympic Games to producing the watches worn by James Bond since the Pierce Brosnan era, Omega is easily one of the most famous luxury watch manufacturers in the entire world. Even outside of collector circles, it’s a true household name. But with a vast and extensive catalog spanning hundreds of different models without nearly enough collections to properly contain them, actually purchasing an Omega can feel a bit intimidating. To help cut through the noise and help you find the perfect watch for you, we’re breaking down all essential things you need to know before buying an Omega.

What Makes an Omega an Omega?‍

‍Should You Buy A New Or Vintage Omega?

What Makes an Omega an Omega?

Founded in 1848 and currently headquartered in Biel/Bienne, Omega is a true Swiss company, and all of the watches it produces are genuine “Swiss-Made” timepieces. That means every single Omega watch complies with the legal parameters regarding origin and manufacturing that are required in order to print the words “Swiss Made” on their dials.

First Watch Worn on the Moon

In 1965, the legendary Omega Speedmaster became flight-qualified by NASA for all manned space missions after it was famously the only watch to survive a brutal series of tests intended to push the timepieces to their absolute limits. A few short years later in 1969, an Omega Speedmaster became the first watch worn on the surface of the Moon, forever cementing Omega’s legacy as the brand worn by astronauts.

Official Timekeeper of the Olympics

In addition to producing some of the most famous luxury wristwatches in the world, Omega is also the Official Timekeeper of the Olympic Games, and if you look at the various timing equipment present at each summer or winter edition of the event, you’ll notice the Omega logo on a significant portion.

Although James Bond creator Ian Fleming originally wrote that his star character wore a Rolex, Omega has been the official watch of choice for 007 ever since the mid-1990s. A number of different Omega watches have appeared on James Bond’s wrist over the years, but the model most frequently associated with the fictitious spy is the Omega Seamaster Diver 300M (some versions from the films have even featured built-in spy gadgets such as grappling hooks and explosive detonators).

While you can’t see this trait from the outside, one of the defining features of many modern Omega watches are their movements that are fitted with coaxial escapements. Without getting too in the weeds with technical details, the coaxial design used by Omega eliminates the escapement’s reliance on lubricants, which results in more consistent timekeeping performance and longer intervals between required servicing.

Despite having a history that dates back well over a hundred years, Omega isn’t afraid of experimenting with new and advanced materials. In addition to the silicon balance springs that make modern Omega watches virtually impervious to magnetic fields, Omega also uses a number of high-tech materials for its watch cases, such as titanium and colored ceramic.

Although Omega has its own proprietary technologies and even runs its own retail network, the famous Swiss watch manufacturer is also a core member of Swatch Group, who serves as the parent company for a number of other top luxury brands throughout the Swiss watch industry. Omega still gets to have all of its own exclusive materials and in-house movements, but it also benefits from the financial stability that comes from one of the single largest entities in this industry.

Should You Buy A New Or Vintage Omega?

One of the biggest differences between modern and vintage Omega watches is the materials used in their construction. While vintage Omega watches feature acrylic crystals and bezel inserts made from either aluminum or acrylic, most modern Omega watches feature scratch-resistant sapphire crystals and bezel inserts made from ultra-hard ceramic. Similarly, while most vintage Omega models are crafted from either stainless steel or traditional 18k gold, modern Omega watches can feature high-tech materials such as titanium or colored ceramic, along with Omega’s various proprietary gold alloys, such as Sedna Gold, Moonshine Gold, Bronze Gold, and Canopus Gold.

Another big difference is the internal movements used to power them. Vintage Omega watches frequently use third-party movement designs that rely on the underlying technology of the traditional Swiss lever escapement. On the other hand, most of Omega’s modern mechanical watches are now powered by the brand’s own in-house movements with coaxial escapements, offering a design that’s less reliant on lubrication than the traditional Swiss lever escapement. Also, an increasing number of modern Omega movements are entirely resistant to the disruptive effects of magnetic fields and can withstand forces in excess of 15,0000 gauss (casual!). While all of this modern movement technology isn’t necessarily something that you can see or touch, it’ll arguably offer the most noticeable difference when it comes to the overall performance of the watch.