Patek Philippe is widely considered to be one of the world’s most prestigious luxury watch manufacturers, and the brand currently holds the title of producing the most expensive wristwatch ever sold. 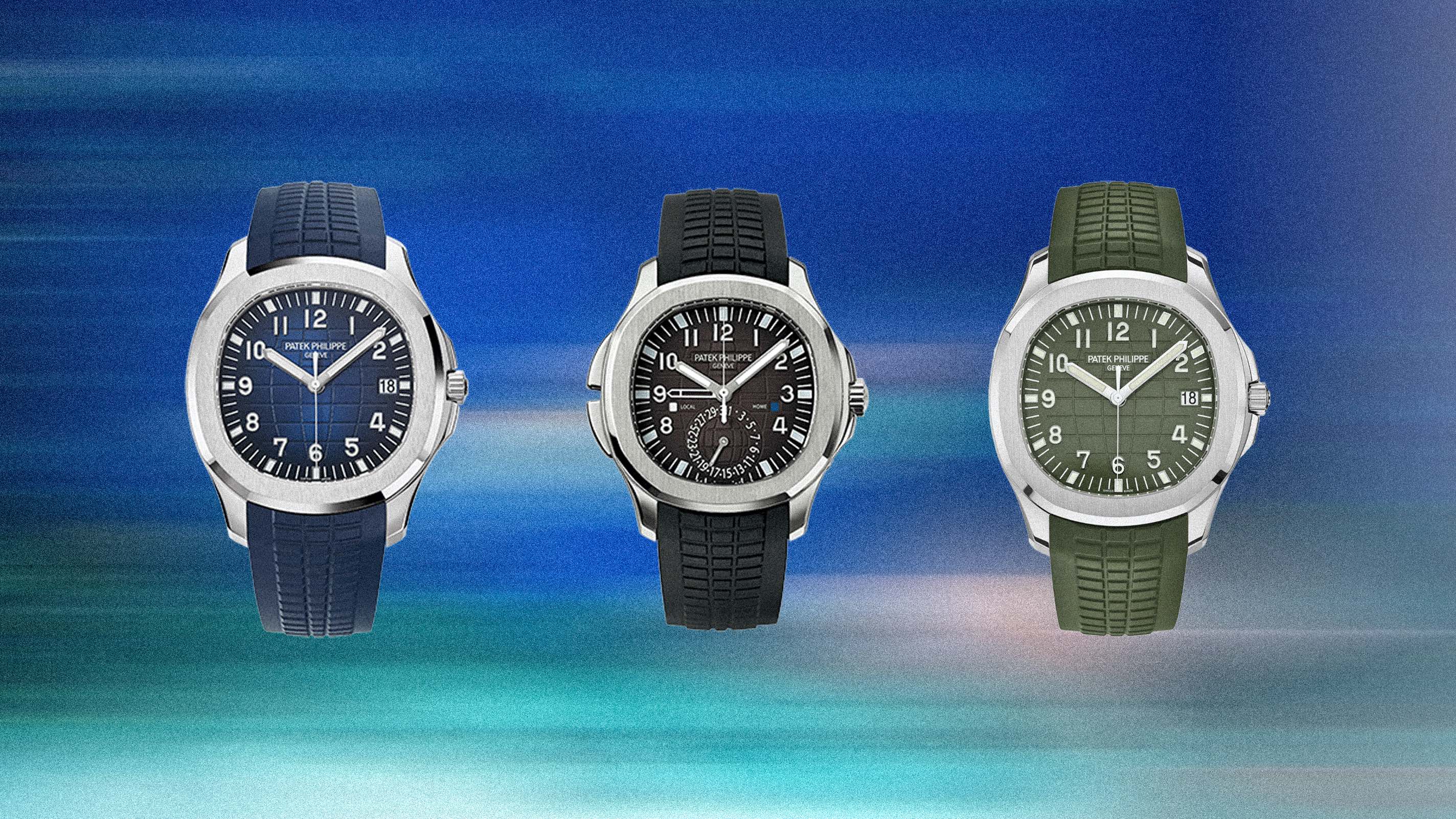 Patek Philippe is widely considered to be one of the world’s most prestigious luxury watch manufacturers, and the brand currently holds the title of producing the most expensive wristwatch ever sold. The iconic manufacturer’s catalog is packed full of statement-worthy pieces, including many that are crafted from solid gold or platinum, and expertly set with diamonds and other precious gemstones. However the concept of “stealth wealth” is also well-within the company’s wheelhouse, and the Patek Philippe Aquanaut might just be the ultimate subtle flex.

A Brief History of the Patek Philippe Aquanaut

Although Patek Philippe’s history dates all the way back to 1839, the Aquanaut is a more recent addition to the brand’s catalog, as it has only existed since 1997. While the manufacturer’s other sports watch – the Nautilus – made its debut during the 1970s, the Patek Philippe Aquanaut didn’t make an appearance until over two decades later, when the brand decided to create a new sports model aimed at a younger audience.

To attract a new generation of buyers with a more casual approach to luxury, Patek Philippe launched the Aquanaut, which featured a streamlined and simplified version of the Nautilus’s case that lacked its predecessor’s integrated bracelet. Instead of relying on a traditional metal or leather band, the Aquanaut was fitted with a rubber strap, a first for Patek Philippe, and this inherently casual and performance-oriented configuration would ultimately become the model’s signature characteristic.

The Significance of a Rubber Strap on a Patek Philippe Watch

As a brand, Patek Philippe is best known for creating refined and highly complicated timepieces, which makes the Aquanaut and its rubber strap all the more unique among the manufacturer’s various offerings. Although the Nautilus is also a sports watch, the rubber strap on the Aquanaut makes the model inherently more casual and it separates the watch from the rest of Patek Philippe’s catalog.

Rubber is an ideal material for watch straps since it is flexible, durable, and completely waterproof. However, rubber straps often have utilitarian connotations since they are most frequently found on sports watches, fitness trackers, and other purpose-built offerings. This creates an intriguing and almost irreverent contrast when fitted to a luxury timepiece from Patek Philippe, and it is this unique juxtaposition that ultimately makes the Aquanaut all the more noteworthy and special.

When it comes to the most popular models from the current Patek Philippe Aquanaut collection, the stainless steel reference 5167A is consistently a fan-favorite, and represents the contemporary equivalent of the very first Aquanaut watch from 1997. Additionally, for those who want a little more functionality than the standard time-and-date model, the Aquanaut Travel Time reference 5164A builds upon Patek Philippe’s sleek and understated sports watch platform with highly practical dual time capabilities.

At first glance, the Patek Philippe Aquanaut might seem rather plain looking compared to many of the brand’s more complex and resplendent watches. However, it offers a certain inimitable elegance that allows it to effortlessly exist in more formal settings, regardless of being fitted with an inherently casual strap. This refined elegance combined with immaculate levels of finishing and the wonderful juxtaposition of having a rubber strap on a luxury watch, all work together to make the Patek Philippe Aquanaut the ultimate subtle statement piece.