In its history to date, the Rolex Oyster Cosmograph Daytona has conquered both the racetrack and the collectors’ market, but it didn’t always enjoy the legendary reputation it does today. 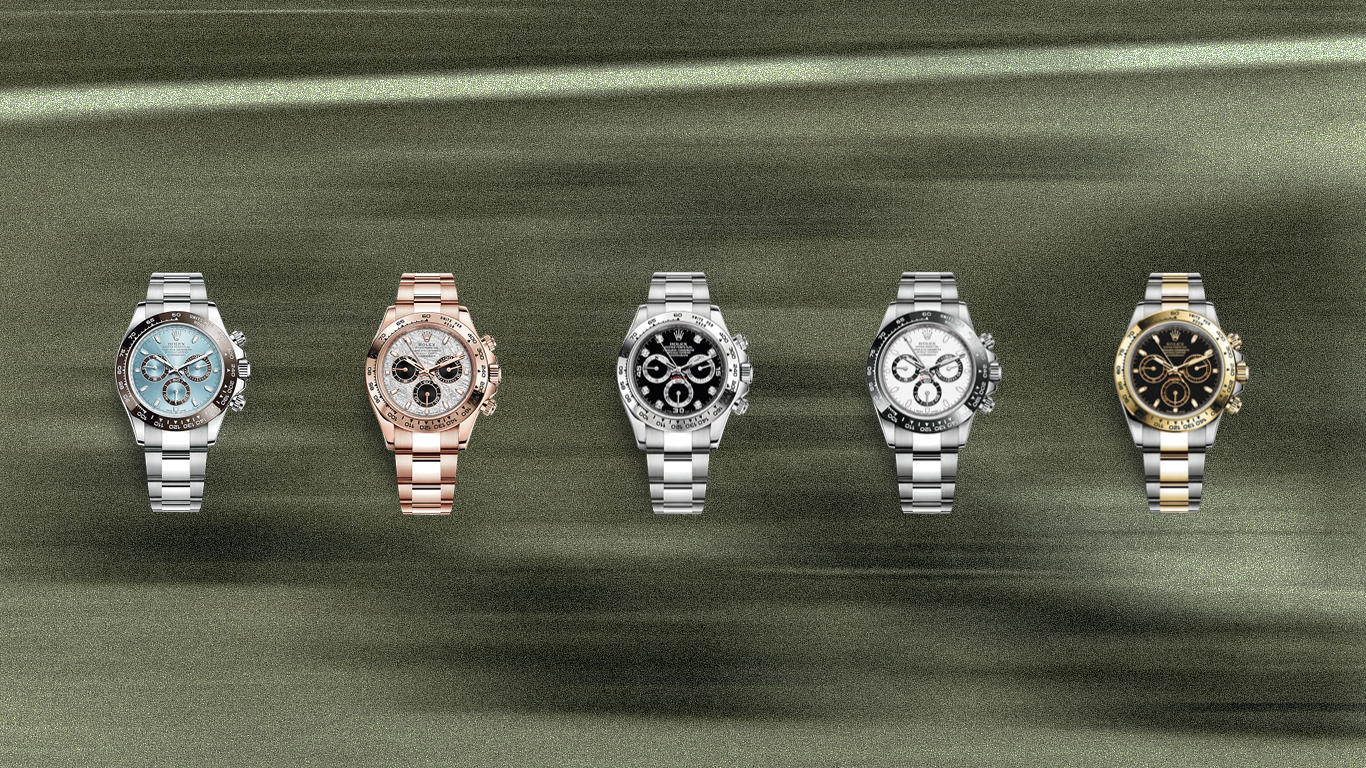 In its history to date, the Rolex Oyster Cosmograph Daytona has conquered both the racetrack and the collectors’ market, but it didn’t always enjoy the legendary reputation it does today. Originally produced in very low numbers due to a limited demand, it’s taken decades of continual revision for the chronograph model to reach its now unmatched icon status.

Arguably the most iconic sports chronograph of all time, the Daytona’s story officially begins in 1962, when Rolex jumped on the opportunity to become official timekeeper of the Daytona International Speedway. Just one year later in 1963, the Swiss watchmaker truly embraced their sponsorship through the introduction of a more sports focused chronograph than they’d ever released before – the reference 6239. Powered by the manually wound Valjoux 72 movement, the earliest examples of the reference are regarded among collectors and historians of the brand as the first Daytonas, despite being fitted with dials free of Daytona branding, which simply read “Cosmograph.”

This model is significant for having introduced the racing-inspired tachymeter-scale bezel, now a hallmark of the chronograph collection, and for having been the reference which began a now longstanding tradition of awarding winning drivers with Rolex watches. Following the Daytona’s release, winners of the Daytona Continental (later renamed the Rolex 24 at Daytona) endurance races held at the Florida track were awarded with a Cosmograph of their own, cementing its status as the ultimate driver’s watch, and making the model synonymous with auto racing’s biggest names. Having established this tradition, and furthering their relationship as the official timekeeper of Daytona International Speedway, Rolex naturally began producing the new model with a dial bearing the Daytona name.

Like a racecar upgrading its engine in subsequent model years, the Rolex Daytona has featured an array of different movements over the years since its launch, each one more fine-tuned and robust than the one it replaced. The original Valjoux 72 caliber gave way to the souped-up but still hand-wound Valjoux caliber 727, which increased the frequency of the balance and thus enhanced the chronograph’s precision. Following that caliber in 1988 was the Rolex caliber 4030, which was a heavily reworked version of the legendary Zenith El Primero – one of the very first self-winding chronograph movements launched to great fanfare in 1969. At the dawn of the new millennium, in 2000, Rolex finally equipped the Daytona with an in-house movement, caliber 4130, featuring the brand’s patented anti-magnetic technology and chronometer-certified accuracy.

Most notably,  a particularly rare version of the Daytona is noted for having caught the piercing blue eye of Hollywood actor and motorsports enthusiast Paul Newman, who wore it throughout his racing career and whose name would eventually, albeit unofficially, be bestowed upon it. The watch’s cream-colored dial featured three black subdials at 3, 6, and 9 o’clock and a black minute track around the edge; what made this “Paul Newman” model special, and highly sought after by collectors today, are the square-ended hash marks and Art Deco style numerals which adorn its subdials. This perfect marriage between Hollywood star power, auto racing credibility, and fine timekeeping has certainly contributed to the Daytona’s iconic status.

While the Rolex Daytona has evolved in ways both overt and subtle over the years, one aspect has remained constant – the strong ties between Rolex and the great American racetrack that provided the watch with its name. Rolex has, in fact, expanded its motorsports partnerships to include other iconic races, like the 24 Hours of Le Mans, furthering the Daytona’s association with performing under pressure throughout the most prestigious of endurance racing events. Between its timeless design, pop culture associations, and reputation for having been relied upon under the most demanding of circumstances, it’s no wonder the Daytona enjoys such unparalleled renown.