SPOTLIGHT: The Most Rugged Watches of 2022

Whether you tackle tough terrain on the daily, spend your weekends living on the edge, or just have a hankering for a watch that exudes rugged badassery, you’re going to want the right tool for the job. 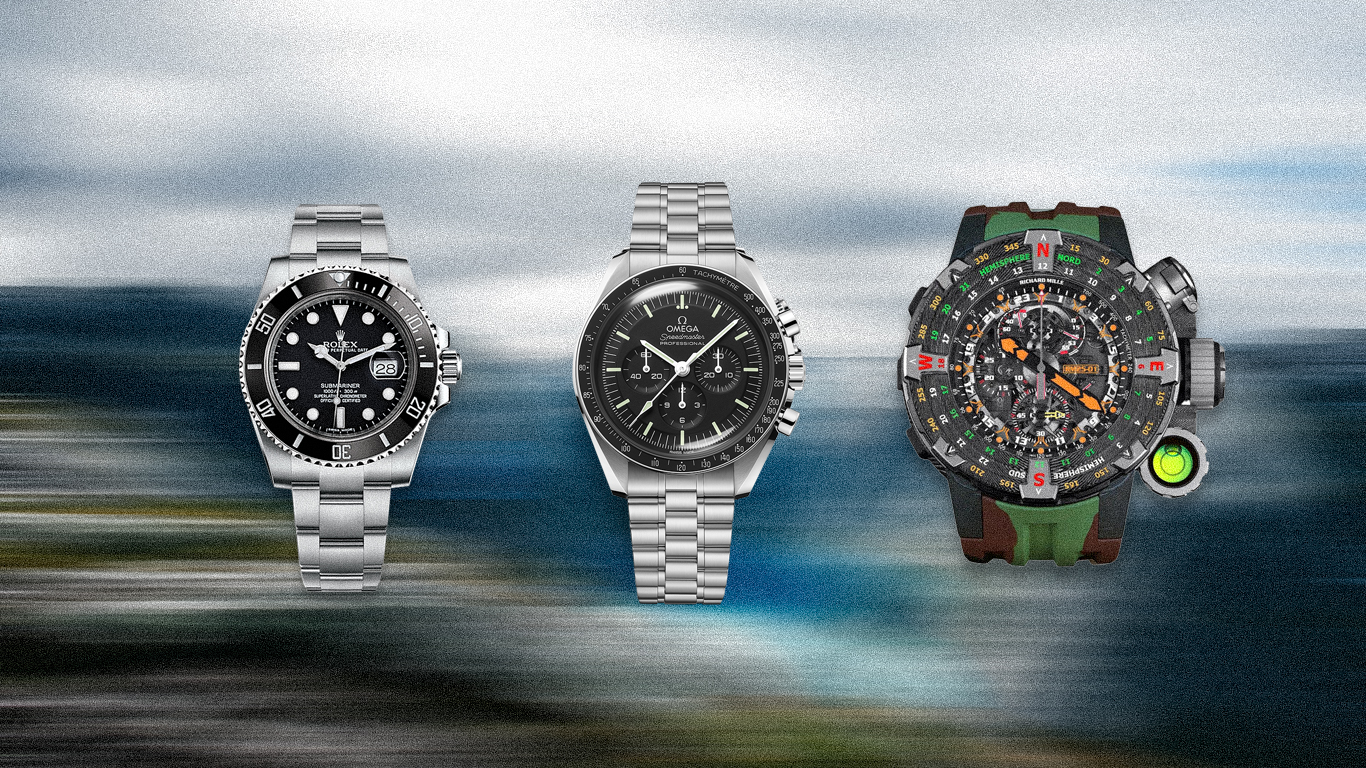 Given watchmaking’s history of going hand in hand with daring activities like diving, mountaineering, and space exploration, there’s no shortage of overbuilt luxury timepiece options from brands like Rolex, Omega, Breitling, and Richard Mille to keep time as you push boundaries. Today, we’re taking a look at four of the most rugged watches of 2022, and exploring why they enjoy such unparalleled renown.

While Rolex’s watches are now well known for gracing the wrists of celebrities like John Mayer, Kim Kardashian, along with those of other famous names, the brand’s history of producing rugged, purpose built timepieces is truly unparalleled. Perhaps most notably, the iconic Submariner was designed first and foremost as a tool for professional divers who required watches for their work in industrial and military applications. Taking note of the Submariner’s unmatched reliability and durability, the British Ministry of defense Rolex struck up a partnership with Rolex in 1954 to produce a modified version of the now legendary dive watch to serve as the official watch of the Royal Navy. Known as the “MilSub,” the references A/6538, 5513, 5517, and the double reference 5513/5517 built upon the Submariner’s genius to serve enlisted officials.

Rolex's work with military forces has undoubtedly declined in the twenty-first century, but that’s not to say their watches are any less rugged. Just as Formula 1 cars of years past can now be lapped by modern hypercars, the latest iterations of the Submariner outperform their predecessors in every regard. Case in point, the no date reference 124060 Submariner, and its date-equipped equivalent, the reference 126610. In addition to both featuring 300m of water resistance, its caliber 3230 (no date) and 3235 (date) movements feature Rolex's patented Chronergy escapement with a Parachrom hairspring. This allows greater shock resistance, temperature variation resistance, and resistance to magnetic interference.

In the case of the Speedmaster, we see a very different variation on ruggedness. Although initially designed as a driving chronograph, it's the Speedmaster's journey to the moon for which it’s most well known. Its NASA affiliation began in 1964, when the space program started their search for a chronograph watch to accompany its astronauts on missions into space. Answering the call alongside Wittnauer and Rolex, Omega ultimately won the horological space race after successfully passing NASA’s relentless testing, earning it a place on the wrists of astronauts throughout the Apollo missions, and forever in the annals of history.

Today, the Speedmaster continues to be NASA's timepiece of choice, albeit as the digital, quartz-powered X-33 Speedmaster. Omega continues to produce the mechanical-powered Speedmaster that changed the course of its history, with various iterations introduced over the years, making upgrades to performance and structural integrity. The latest update to the Speedmaster Professional Moonwatch was released in January 2021, equipped with the new caliber 3861 featuring Omega's Co-Axial escapement for increased accuracy, and METAS certification, qualifying the movement's accuracy to an impressive +0/+5 seconds per day.

When designing a watch for an end consumer, brands have to make inevitable trade-offs in terms of specifications and features so that the end product falls within a desired price point. Richard Mille being Richard Mille, no expense is ever spared, yielding watches without limitations that sacrifice nothing. A prime example is the RM25-01 – an adventuring tourbillon chronograph designed in conjunction with Sylvester Stallone, which should give you an idea of the sort of specifications this watch touts. So wildly overbuilt and uniquely featured, it's a true statement piece, demonstrating all of Richard Mille’s capabilities and then some.

Take a deep breath; the RM 25-01 seamlessly combines a chronograph, tourbillon, power reserve indicator, torque level indicator, a mountable compass, a spirit level, and a side capsule for five water purification tablets, all into one wristwatch. For even the most ambitious explorers, we can't think of many situations where you’ll be left wanting more from your wrist-mounted companion.

In the event that you've crash-landed on a remote desert island, your radio is busted, and your supplies are dwindling rapidly, let's hope you're wearing a Breitling Emergency. Equipped with an emergency distress beacon, this watch has what it takes to call in the reinforcements and get you back to safety. By unscrewing the large crown on the lower right-hand lug of the watch, a 43cm wire antenna is revealed, which activates a miniaturized onboard transmitter. Broadcasting on the 121.5 MHz aviation distress frequency at a range of approximately 100 miles, the watch transmits a signal to Cospas-Sarsat – an international search-and-rescue operation. All that's left to do is sit back and await your rescue.

Naturally, the rest of the watch is built to survive the kind of emergencies that would require the use of the onboard distress beacon. The tough titanium case is waterproof to 50 meters and houses a high-accuracy SuperQuartz movement with analog and digital time displays.