The Audemars Piguet Buying Guide: Models, Prices & Everything Else You Need to Know

Everything you need to know when buying an Audemars Piguet watch, from models to prices. 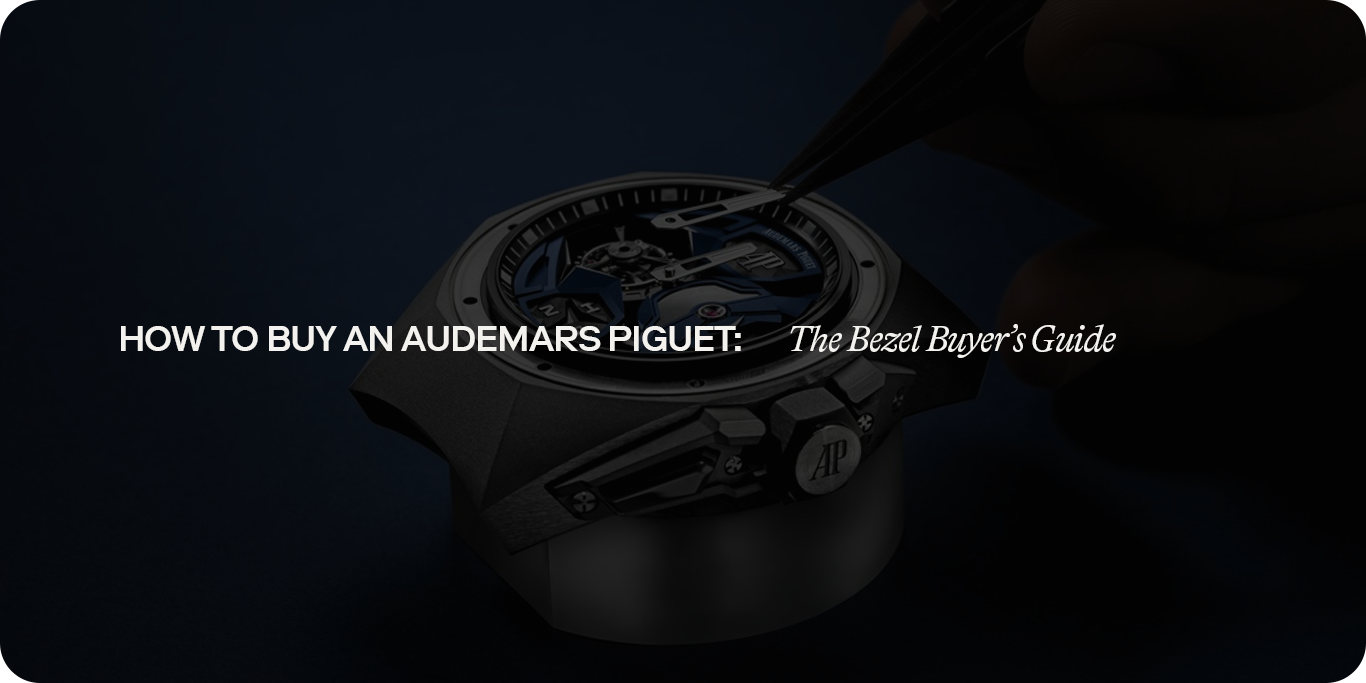 Audemars Piguet approaches watchmaking unlike anyone else. Operating within an age-old industry where traditional manufacturing techniques and nods to heritage are sure to satisfy the majority of collectors, the legendary watchmaker continues to push boundaries through the production of radically modern watches, by way of both design and mechanical complication. However, the upper echelon luxury watchmaker has made so many incredible watches in their history, that narrowing down which you should buy can often prove a tad confusing. If you’re considering adding an Audemars Piguet to your collection, but aren’t sure which one to go for, you can rely on this buyer’s guide to break things down.

‍Should You Buy A New Or Vintage Audemars Piguet?

Founded by Jules Audemars and Edward Piguet in 1875, Audemars Piguet’s entire history has taken place in the same small village (Le Brassus) in the watchmaking hub that is Switzerland’s Vallée de Joux. Over the course of nearly 150 years since its founding, Audemars Piguet has grown to be regarded as one of the most important watchmakers of all time, known for its production of highly complicated watches and iconic designs including the Royal Oak. Quite literally deemed by collectors to be among the “Holy Trinity” of watchmakers, Audemars Piguet’s continual commitment to innovation has afforded the brand an essentially unshakeable status in horological history.

Today, you’ll find Audemars Piguet’s watches on the wrists of countless celebs, including Serena Williams, Cardi B, LeBron James, John Mayer, Arnold Schwarzenegger, Pharrell Williams, Jay Z, and Kevin Hart, among others. And of course that sort of mass exposure has only intensified the demand for the brand’s watches.

Since its founding, Audemars Piguet has always committed to pushing the limits of the craft by producing complicated watches, many of which perform several additional functions beyond just telling the time and a simple date. Most notably, Audemars Piguet is credited with creating the first wristwatch with a minute repeating movement (telling the time audibly using a system of tiny tuned gongs), and the first jumping hour wristwatch (indicating the hour through an aperture in the dial). The brand itself considers chiming watches, chronographs, and astronomical watches to be its “beating heart” – a claim which few other watchmakers can confidently make.

Audemars Piguet has always produced a number of complicated watches within every collection, reinforcing the mechanical allure of complications in the minds of collectors around the world. The brand is also distinguished as one of the few watchmakers to produce “Grande Complications,” combining a minute repeater, split seconds chronograph, and perpetual calendar.

Just as Audemars Piguet has pushed the boundaries of watchmaking by producing complications, it’s also introduced us to what are now considered some of history’s most iconic watch designs, each of which has furthered the brand’s star power both within watchmaking and pop culture. The best example is without question the Royal Oak, which revolutionized the watch industry after being introduced in 1972. As the first luxury sports watch, Audemars Piguet redefined how a high-end watch could fit into your life, along with how collectors view stainless steel – elevating it from a utilitarian, non-precious metal, to a material celebrated for its durability, and deserving of high-end finishing.

Similarly, the brand doubled down on its commitment to innovation in 1992 by revising the Royal Oak to yield the more brawny Royal Oak Offshore, and has since incorporated a wide variety of advanced materials into both collections. With several Royal Oak references now offered in full ceramic, many of which are even fitted to ceramic bracelets, you can always rely on Audemars Piguet to offer something that challenges conventions of what a luxury watch can be, or be made of.

As one of the few brands that’s truly inextricable from the history of watchmaking as a whole, Audemars Piguet is universally renowned as one of the world’s finest watchmakers, producing watches that not only leave you at a loss for words, but double as reliable stores of value. Nearly every model the independent Swiss brand produces is in extremely high demand, so these watches are extremely liquid and regularly trade for above their retail prices on the secondhand market.

Should You Buy a Modern or Vintage Audemars Piguet?

The ultimate factor that’ll likely determine whether you opt for a vintage or modern Audemars Piguet is durability, guiding how you’ll wear the watch more than anything else. Though vintage references from Audemars Piguet are without question high quality watches, they’re generally far less water resistant and durable. This means you’ll need to avoid swimming with a vintage Audemars Piguet, or wearing your watch in any high activity situation where the movement or other components could potentially be damaged. On the other hand, modern references from Audemars Piguet benefit from modern construction improving water and shock resistance, meaning you can wear one with a little less caution.

Another factor you’re going to want to consider is design. In recent years, Audemars Piguet’s collections have evolved to include far bolder and decidedly more modern designs, incorporating futuristic elements and bold colors. In contrast, the watchmaker’s back catalog is made up of far more traditional-looking designs, so if you’re after something with vibrant colors and contemporary aesthetics, you’ll want to take the modern route. Having said that, Audemars Piguet has also produced a variety of classic-leaning designs in recent years, offering an alternative to vintage pieces for collectors in search of something traditional albeit with modern reliability and construction.